Released in 2020 under Wolves of Hades. 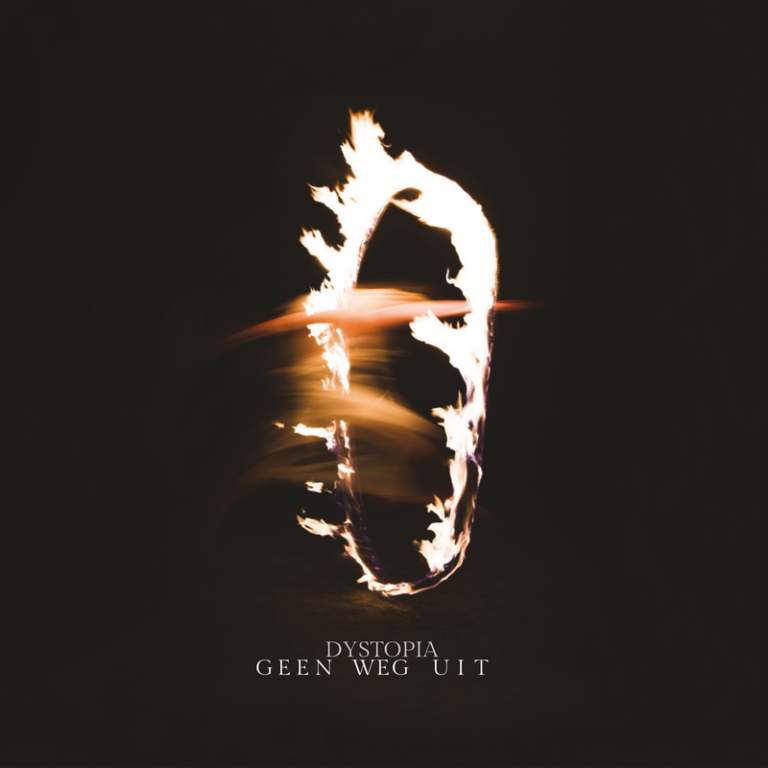 During the release of our previous album, Chaos Philosophorum, we already had some ideas of what our next album was becoming. As certain events in the world took place, the idea of ‘Geen Weg Uit’ was forming. For more about the concepts & lyrics, click here.

After a period of songwriting and working out ideas, we hit the studio end of 2018 to record drums. Drums were recorded at E-Sound Studio’s, followed by guitar and bass reordings at our rehearsal bunker. For the vocals and mixing of the album we returned to E-Sound Studio’s, where the whole album was mixed in an analog fashion. Although analog mixing has some constraints when compared to modern digital productions, it does add a lot to the overall sound, dynamics and sonic feel of the record.

The coverphoto, taken by bassplayer Bob, is inspired by the lyrics of “Van de meute vervreemd”. For this, Bob and Cees devised a way to make a burning hoop and the photo was taken with a long shutter speed while Shinn jumped through the flames.

The graphic design was done by Atelier Solawende. 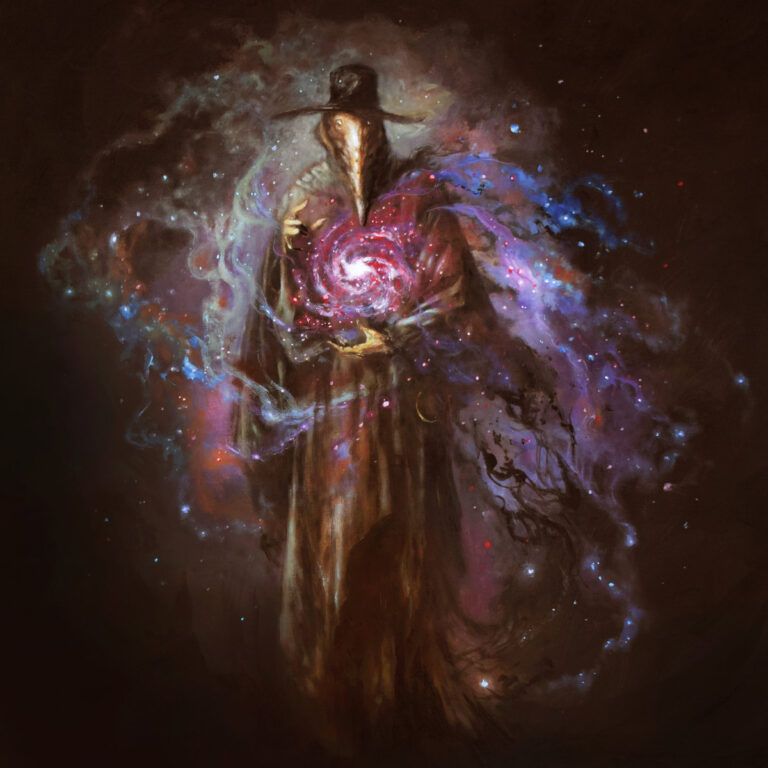 Chaos Philosophorum was written and recorded between 2013 and 2016 and was written for the line-up that consisted of drums, bass, guitars(2x) and vocals. For one of the tracks we asked Thomas (who also recorded and mixed the album) to add some trumpet or trombone. As these parts worked out quite well, more parts were done resulting in Thomas joining the band.

Drums for this album were recorded at ‘Fort Westoever’, which is an 19th century fort in Den Helder, commisioned by Napoleon. Entirely made out of bricks and long vaulted halls, this gave the location a reverb of about 4-5 seconds! Almost all of the drum reverb that can be heard on the album are the actual acoustics of the fort. (see picture below) 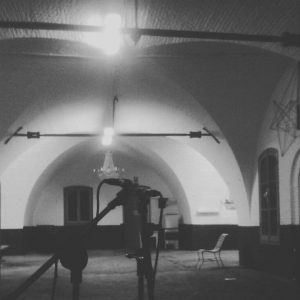